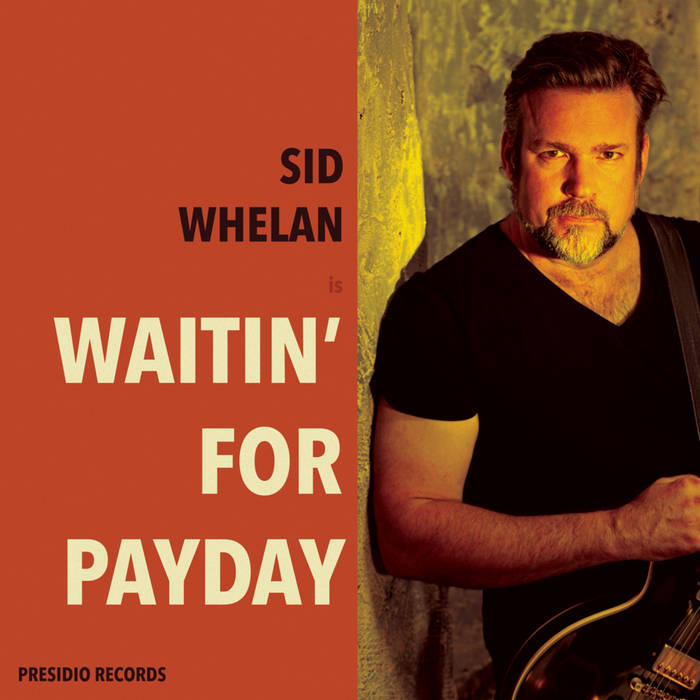 For this, his third self-produced album since returning to music from a decade-long hiatus in 2013, songwriter, guitarist, singer & bandleader Sid Whelan has re-united with producer/musician Lora-Faye Åshuvud (Arthur Moon) for ‘Waitin’ for Payday,’ an eight-song collection that runs the Americana road from African-influenced blues to bright soul-pop. A songwriting student of Grammy-winners Steve Earle and Chely Wright, Sid has been earning respect for his rich guitar voicings and well-crafted, compelling lyrics. Sid says: “Half of the songs on this album represent a new outward-facing direction from me. When I started back up in 2013 for obvious reasons I was mostly in my own bubble. Since then I’ve been in front of audiences constantly and the dialogue with them about their passions, preference, enthusiasms and lives has affected both my lyrical themes and my melodic development. You’ll hear even more of that on whatever my fourth record turns out to be.”

Never one to dominate an album with binary love songs (though there are two of those on this collection: ‘Love Me Right,’ ‘Make Some Time’ as well as one non-bitter breakup blues ‘Midnight in the Country), on this collection Sid ruminates on (s)heroes such as Nina Simone, Robert Johnson and Al Green as well as on the seductive nature of extremism in ‘Break it Down;’ the vagaries of getting paid as a contract/creative or commission worker in the title track and the need to break one’s word when it has been given to a toxic person in ‘The Promise.’

It’s not widely known in Sid’s current foray in what he calls “Dark Blue Americana,” but Sid spent a decade making music as a guitarist in the USA with a variety of musicians from Nigeria, Liberia, (then) Zaire, South Africa, Cameroon, Zambia and Zimbabwe. His love for African music resurfaces on this album with star percussionist Valerie Naranjo playing the Dagomba Gyil (a member of the xylophone instrument family) as well as congas and a variety of percussion. Also appearing is an ensemble playing the Yoruba/Lucumi Bata drums featuring Richard Huntley, David J D’Ambrosio and Jimmy Greenfield. It’s unlikely that either sound has appeared on this type of recording frequently if at all before now.

Sid Whelan is a veteran singer-songwriter with an unapologetically old-school vibe. He has released three solo albums on Bandcamp. He calls his Music "Dark Blue Americana" and has studied songwriting with Chely Wright and Steve Earle. He has also studied guitar with Woody Mann & Howard Morgen. ... more

Bandcamp Daily  your guide to the world of Bandcamp

Featured sounds by K.Spark and WIZDUMB, plus Basi joins the show to discuss his latest release.